Our mission is to create stimulating theatrical environments for children and their families to explore and engage with.

Travelled Companions was co-founded in 2010 by Leila Chebbi & Emma Hirons. They premiered their first production ‘Remember Remember’ at Unity Theatre, Liverpool in early 2011. The production, for children aged 4-7 years, has since toured to Theatres nationally and was later re-developed to enable touring to schools and community venues.

Their second production Where Caterpillars Go, for an Early Years audience, was created over a six month period in 2014 and was premiered at Unity Theatre in October 2014. The production will tour nationally throughout 2015.

Travelled Companions have also begun working alongside Liverpool Hope University Dance Course on the Community and Applied Practice Module where students have used ‘Where Caterpillars Go’ as stimulus for their Early Years projects. 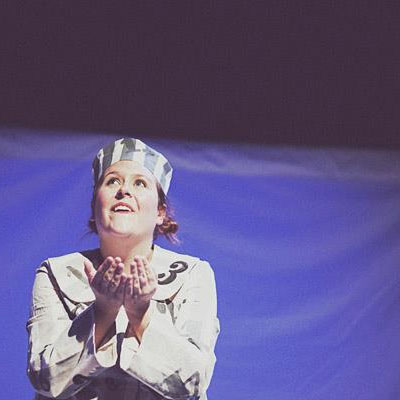 Emma trained as a Physical Theatre Performer at Hope Street Ltd. in Liverpool and furthered her training in Clown with Philippe Gaulier in Paris.

She has worked as a freelance actor for Companies such as Spike Theatre, Tell Tale Hearts, Liverpool Everyman Theatre, Unity Theatre, Torch Theatre and Brewery Arts Kendal. She has toured nationally and internationally with work for young audiences.

Emma also often works as a street theatre deviser and performer for venues and Festivals such as Tate Liverpool, Hope Street Ltd and Festival No.6 and has recently set up Boom Booms; an all-female Street Theatre Company producing playful, clown based, walkabout acts for Festivals and outdoor events. 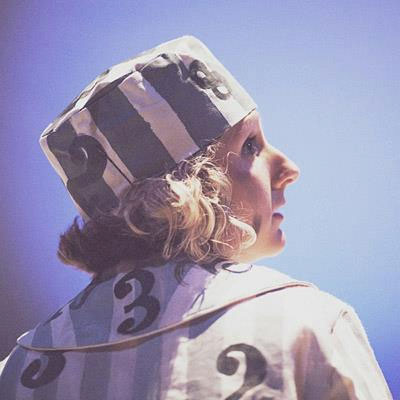 Leila has gained an MA in creative practice at Liverpool Hope University, where she is often a guest lecturer. A large focus of Leila’s career has been working with children and young people in theatrical settings. Leila Co-founded Travelled Companions in 2010 and has been working on making magical and theatrical experiences for children and their carers ever since.